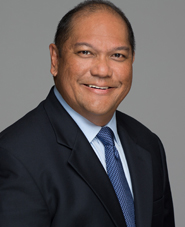 Leodoloff (“Leo”) R. Asuncion, Jr. was appointed to the Public Utilities Commission by Governor David Y. Ige for a term to expire June 30, 2026. He has served as a Commissioner since April 2019 and as the Chair since July 1, 2022.

Prior to his appointment to the PUC, Commissioner Asuncion was a Planning Program Administrator II at the Office of Planning, Department of Business, Economic Development and Tourism, and from 2013 to 2018 served as Director of the Office.  As Director, he was responsible for the overall management, development, and implementation of state policy, and coordination and planning support to state and county agencies.  He also served as Planning Program Manager of the Hawaii Coastal Zone Management Program from 2011 to 2013.

Commissioner Asuncion has over 30 years of extensive experience in planning, policy analysis, and management throughout Hawaii and the Pacific Region, in both the public and private sectors, through previous positions with Hawaiian Electric Company, Inc., SSFM International, Inc. the Hawaii State Judiciary, and the State Land Use Commission.  He has also chaired or been a member of a number of governmental boards, commissions, task forces and councils during his professional career, and will serve in 2021 and 2022 as President of the American Planning Association.  He is also a Past Chair of the Coastal States Organization.

Commissioner Asuncion holds a Master in Business Administration from Hawaii Pacific University, and a Master in Urban and Regional Planning and Bachelor of Arts in Political Science degrees from the University of Hawaii at Manoa. 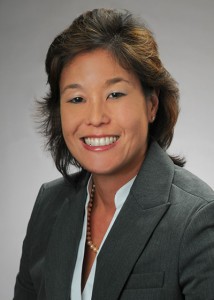 Naomi U. Kuwaye was appointed to the Public Utilities Commission by Governor David Y. Ige and confirmed by the State Senate beginning July 1, 2022 and ending June 30, 2028.

Commissioner Kuwaye earned her juris doctorate and a certificate in environmental and natural resources law from Lewis and Clark Northwestern School of Law and her bachelor of arts in journalism and political science from the University of Hawaii at Manoa. 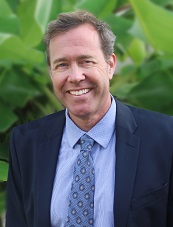 Colin A. Yost was appointed to the Public Utilities Commission by Governor David Y. Ige as an interim Commissioner for a term to expire June 30, 2024. His appointment remains subject to confirmation by the Hawaii state senate.

Prior to his appointment to the PUC, Commissioner Yost was an owner of Oahu-based renewable energy company RevoluSun, where he served for eight years as Chief Operating Officer and for four years as General Counsel. At RevoluSun, he was responsible for general company management, directing the commercial projects division and overseeing human resources, legal and regulatory matters. As General Counsel, he helped steer RevoluSun through a rapidly changing policy landscape to become one of the leading residential photovoltaic installers in the nation.

In his legal career before RevoluSun, Commissioner Yost founded the law firm of Cruise & Yost and he also worked as an attorney for the Honolulu firm of Paul Johnson Park & Niles. In these positions, he represented clients in the areas of energy and environmental law, civil litigation, business law, consumer law, civil rights, Native Hawaiian rights, real estate matters and administrative proceedings before the PUC and other administrative agencies.

From 1998-2003, Commissioner Yost served as an Assistant Attorney General in the Financial Fraud/Consumer Protection Section of the Oregon Department of Justice, where he led the State of Oregon’s investigation and prosecution of western energy companies, including Enron, Duke Energy and the Williams Energy Companies for matters relating to the west coast electricity crisis of 2000-2001 and secured settlement agreements worth $32 million to the State of Oregon. He also led and resolved the state’s investigation of telecommunications company MCI. In 2001, Commissioner Yost received the Oregon Department of Justice’s Outstanding Service Award.

Commissioner Yost earned his juris doctorate from Lewis and Clark Northwestern School of Law and his bachelor of arts in English and Environmental Studies from the University of Pennsylvania.